Backing up data regularly should be one of the most important tasks of every computer user; Yet only a minority is doing it thoroughly and regularly. The rest is flirting with disaster as there are numerous incidents that can delete data on computer systems. The most common ones are hardware failures, which can mean damaged hard drives but also (partially) unreadable CDs or DVDs, computer virus attacks but also human error. If you have ever met someone who partitioned the wrong hard drive you know that the latter can be cause for great frustration.
Backups are the single most effective method of preventing data loss on computer systems. The following article will list the 10 best Windows backup software programs. 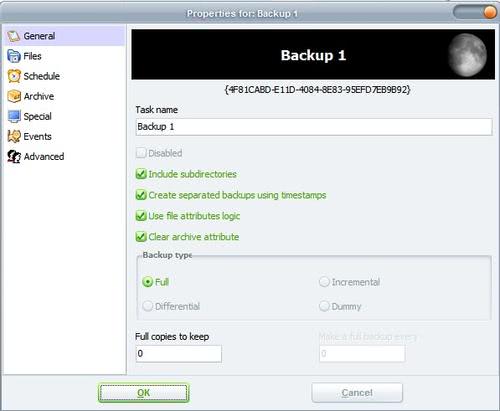 ​
Cobian Backup is a free for personal use backup software that supports both local and remote backups. The software is constantly under development by the developer which means that features are included regularly. Some of the key features include full, differential and incremental backups, file compression including the popular 7-zip format plus strong encryption for data security. 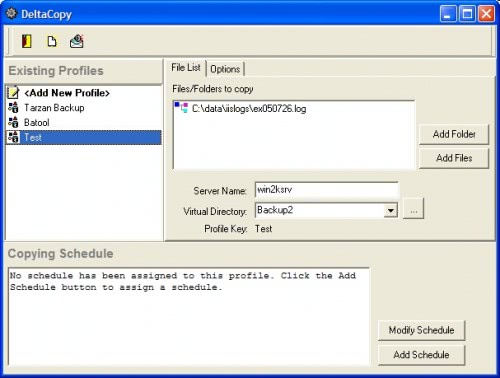 ​
An Open source backup solution supporting incremental backups, one-click restore options, task scheduling and email notifications. Some advanced options include ssh tunneling and connecting to rsync daemons.
It makes use of a server client system. One or multiple backup servers can be created on computers running Windows by installing the server version on these computer systems. The client will be installed on the any computer system where files should be backed up regularly.
The backup software supports authentication, scheduling and connection by IP or hostname. 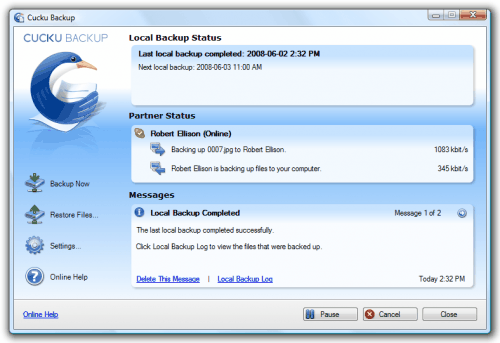 ​
Cucku Backup calls itself social backup. It provides local backups but also backups on friend?s computers. It supports complete and continuous backups and can automate the remote backup process to take that of the user?s shoulders. All files that are backed up use encryption algorithms to ensure data safety and integrity so that the backup partners cannot see the filenames nor contents of the files that are send over to their computer systems.
It works best in computer networks but can also work over the Internet if enough time or upload bandwidth is provided.

Backup Maker
Backup Maker provides extensive backup capabilities. It comes with a standard and expert mode to suite both the needs of experienced and inexperienced users. The software supports full and partial backups, local and remote backups, selection of a backup execution interval and execution on certain events like USB detection or start and shutdown.
All in all an excellent software program to backup files on the Windows operating system.

​
SyncToy is offered by Microsoft as a free download for the Windows operating system. It can be used to easily synchronize data between computer systems. The program offers five different synchronization options that the user can choose from including a preview option before starting the process. 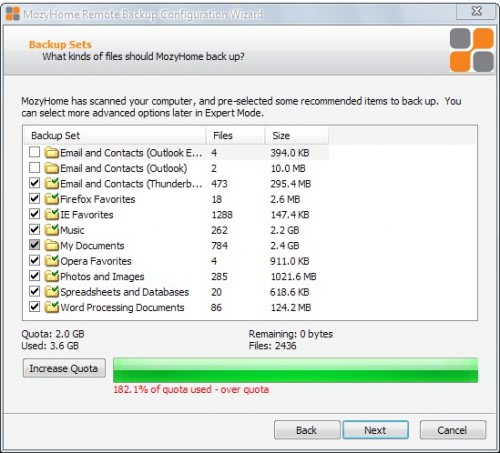 ​
Mozy is an online backup solution that offers backup clients for Windows NT based systems and Mac OS X. Every registered user receives 2 Gigabytes of free space with the option to sign up for a paid account for currently $4.95 that offers unlimited backup space. Several pre-configured backup sets are populated after installation including bookmarks, documents and multimedia files. These can but do not have to be backed up. Expert mode provides access to the full file system to pick files or folders to backup directly. 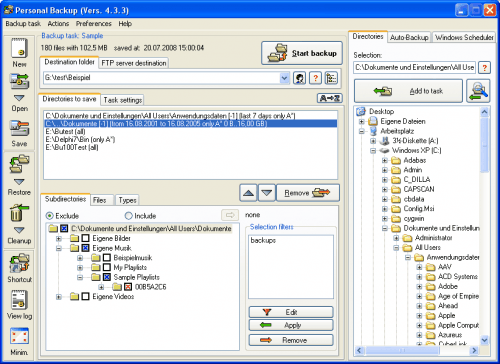 ​
A backup for the advanced user that provides great file filtering options. It comes with the usual set of features including local and remote backup creation (including SFTP), file compression and encryption, status reports and log file generation.

​
Another software that has been primarily designed for file synchronization that is also supporting file backups to a local drive, over a local network or the Internet. It works on a per directory basis and can be installed on as many computer systems as the user desires. The software comes as a setup or portable version. 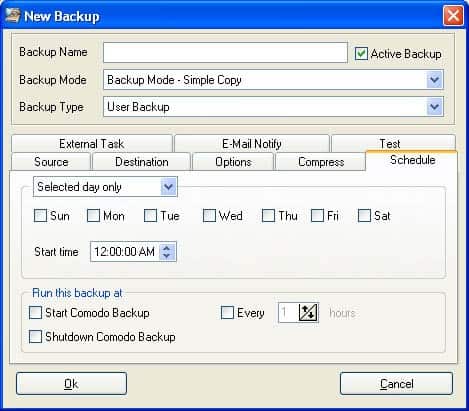 ​
Another free backup solution for Windows users. Comodo Backup can backup files and folders on a local computer system to other drives, network locations, ftp servers and removable media. Backups can be scheduled and notifications can be send to inform about completed backup jobs. Other features include compressing backups, data recovery options, support of multi-session backups and incremental backups. 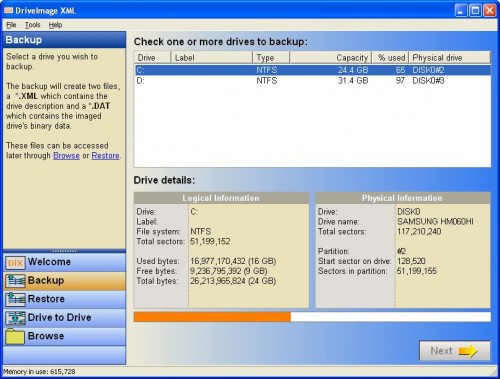 ​
DriveImage XML is more a drive imaging software than a backup program. It can however be used to backup a full hard drive or partition to another drive. It uses the Volume Shadow Service to create exact backups during runtime. It is afterwards possible to restore the backup either from within Windows or with the use of a boot disk.


The verdict:
The choice of the correct backup software depends on several factors including the data size, the frequency of backups or the local computer infrastructure.
Clicar para expandir...