Construction of JASM’s fab in Japan is scheduled to begin in the 2022 calendar year with production targeted to begin by the end of 2024. The fab is expected to directly create about 1,500 high-tech professional jobs and to have a monthly production capacity of 45,000 12-inch wafers. The initial capital expenditure is estimated to be approximately US$7 billion with strong support from the Japanese government.
Clicar para expandir...

The facility in Taylor, Texas will help boost production of advanced logic for next-generation technology, the company said in a statement. The Samsung fab will manufacture chips for mobile applications, 5G, high-performance computing and AI.
Clicar para expandir...

The new fab is slated to ramp production starting in the second half of 2024. The Taylor site is expected to serve as a key location for Samsung’s global semiconductor manufacturing capacity along with its latest production line in Pyeongtaek, South Korea.
Clicar para expandir...

Most of the capital expenditure is earmarked for Bosch’s new 300-millimeter wafer fab in Dresden, where manufacturing capacity is to be expanded even faster in 2022.
Clicar para expandir...

Another portion of the capital expenditure planned for 2022 will go into a new semiconductor test center in Penang. This highly automated and connected factory is set to perform testing of semiconductor chips and sensors starting in 2023. In total, Bosch has more than 100,000 square meters of land available on Penang’s mainland strip, which will be developed in stages. Initially, the test center will cover an area of around 14,000 square meters – including clean rooms, office space, research and development, and training facilities for up to 400 associates. Earthworks for the new location started at the end of 2020, and work on the buildings began in May 2021. The test center is scheduled to start operations in 2023. The additional testing capacity in Penang is intended to open up the possibility of locating new technologies in Bosch’s wafer fabs in the future, such as silicon carbide semiconductors in Reutlingen. In addition, the new location in Asia will shorten delivery times and distances for the chips.
Clicar para expandir...

Bosch has developed its own highly complex manufacturing processes, which it has been using to produce the special semiconductors since the beginning of 2021 – initially as samples for customer validation. “Our order books are full, thanks to the boom in electromobility,” Kroeger says. In the future, Bosch intends to expand its production capacity for SiC power semiconductors to a unit volume running into the hundreds of millions.
Clicar para expandir...

In the power electronics of electric vehicles, silicon carbide chips ensure that drivers can drive significantly further on one battery charge – on average around 6 percent further than with their pure silicon counterparts. In order to meet steadily increasing demand for these semiconductors, an extra 1,000 square meters were already added to the clean-room space at the Bosch wafer fab in Reutlingen in 2021. Another 3,000 square meters will be added by the end of 2023. The new space will house state-of-the-art production facilities for manufacturing silicon carbide semiconductors using processes developed in-house.
Clicar para expandir...

In the future, the company – incidentally the only automotive supplier to produce its own silicon carbide chips – plans to manufacture the semiconductors on 200-millimeter wafers. Compared with today’s 150-millimeter wafers, this will deliver sizeable economies of scale. After all, it takes several months for a single wafer to pass through several hundred process steps in countless machines. “By producing on larger wafers, we can manufacture significantly more chips in one production run and thus supply more customers,” Kroeger says.
Clicar para expandir...

17 Semiconductor Companies Forecast to Have >$10.0 Billion in Sales This Year​

Growth rates among the 17 2021 megasuppliers are expected to range from AMD’s 65% to Intel’s -1%. Four companies—AMD, MediaTek, Nvidia, and Qualcomm—are forecast to post a sales gain of greater than 50% this year.
Clicar para expandir... 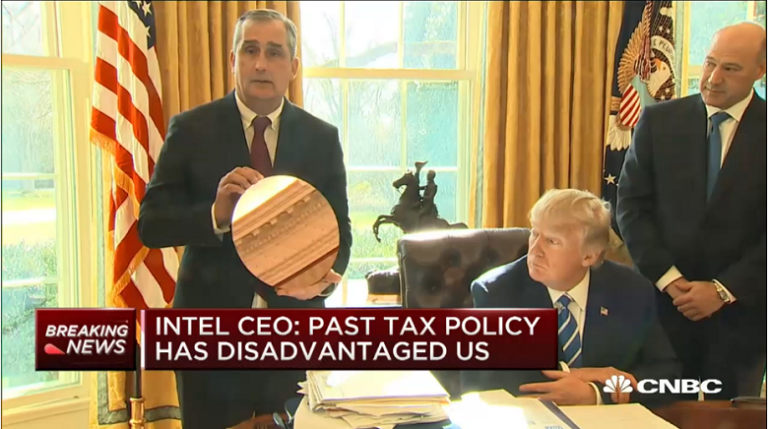 First, let me share some background on Fab 42. It is a factory that we originally started building in 2011, aiming for our 14-nanometer technology. Then, based on a number of manufacturing efficiencies, we were able to defer using Fab 42 because we were able to fit the 14 nm capacity into our existing factory on the Arizona site. Since we deferred Fab 42, we’ve been consistently saying, “Yes, we will need Fab 42 for future space, capacity and for future technologies.” Well, that time has come. So we’re starting to prepare Fab 42 for 7 nanometer.
Clicar para expandir...

One of the largest construction projects in the U.S. on Intel’s Ocotillo campus in Arizona. Intel is outfitting Fab 42 with 1,300 tools (many of them requiring multiple trucks to move), a super overhead highway that zips silicon wafers around all four of the company’s Arizona factories, and a 12-acre water plant that will treat 9.1 million gallons of wastewater a day. (Credit: Intel Corporation)
Clicar para expandir...