The Huawei Watch GT made its debut last October alongside the Mate 20 series, and it looks like this year the Chinese company is preparing a follow-up that will most likely be unveiled on September 19 at the Mate 30 event - that is, if it doesn't see the light of day at a separate IFA presentation this week. 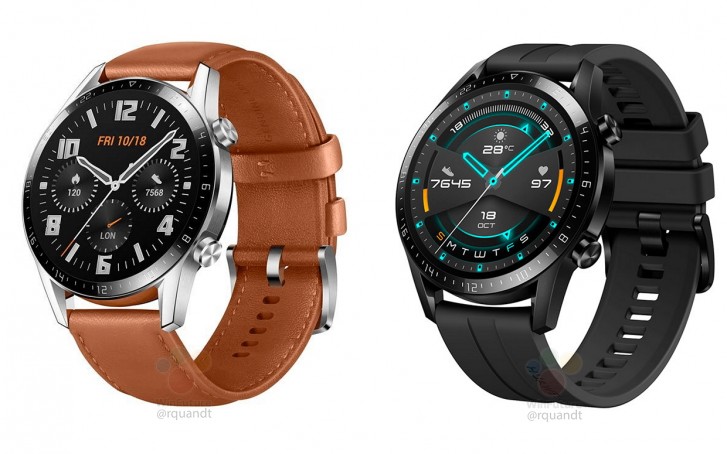 Ladies and gentlemen, meet the Huawei Watch GT 2, seen here in all its glory in leaked official press renders. The GT 2 doesn't try to reinvent the wheel, instead it brings a few solid, if minor, improvements compared to its predecessor. 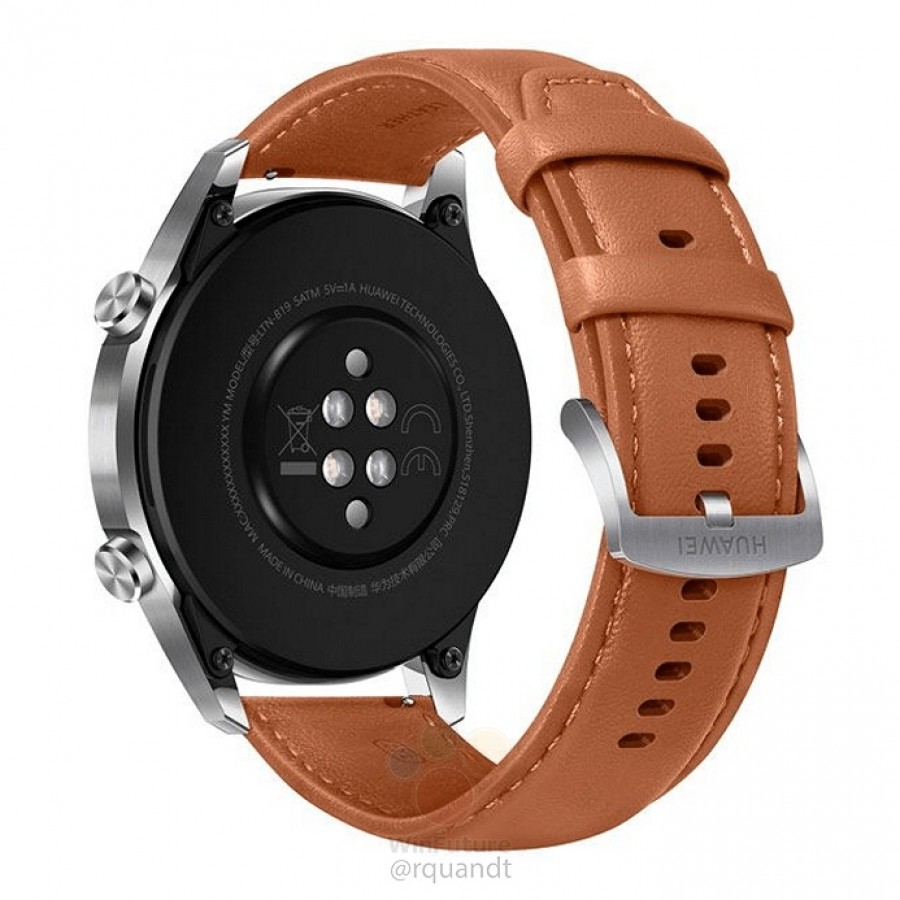 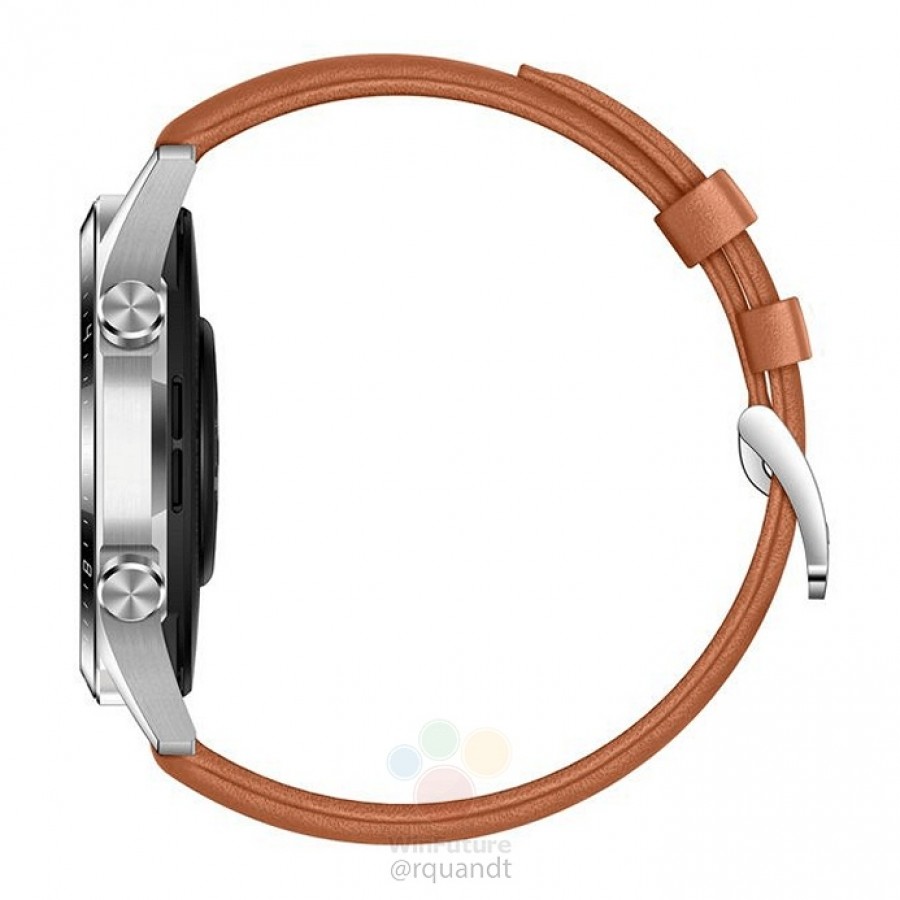 It boasts a slightly larger screen and smaller bezels, and it's thinner and more compact overall. It's also got a larger battery, at 445 mAh (up from 420 mAh). The Watch GT 2 will employ a mic and speaker as well, which means you might be able to make calls directly on it - and that makes us wonder whether it has a version with some sort of cellular connectivity. 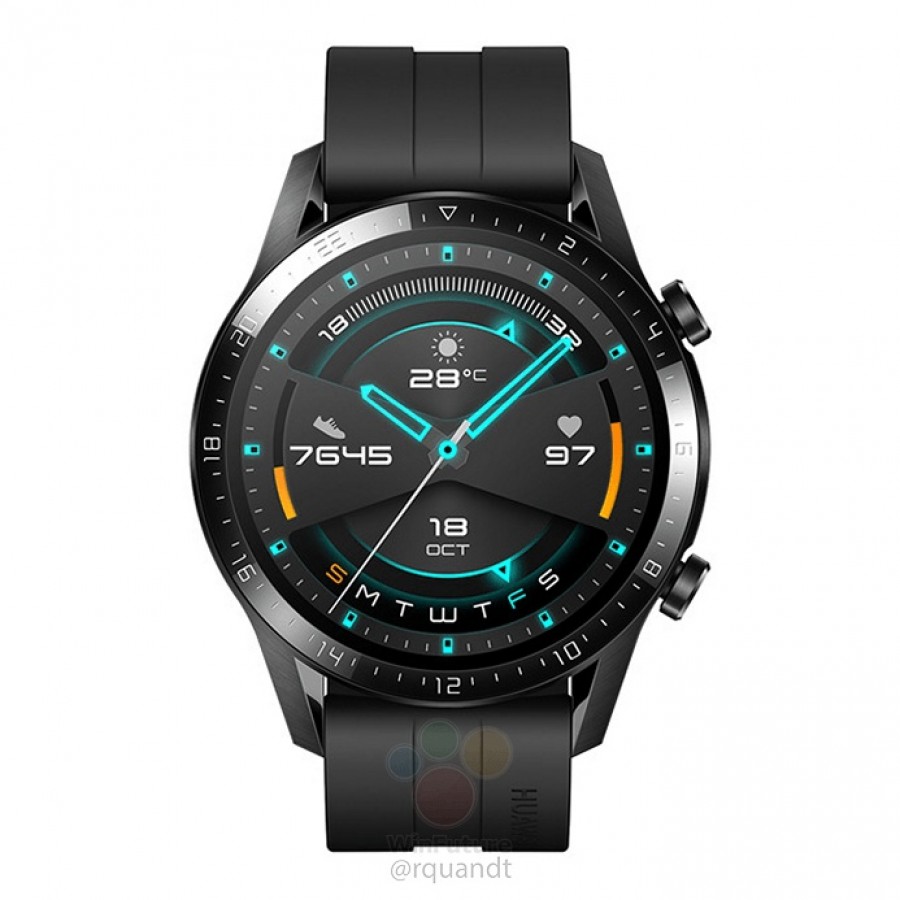 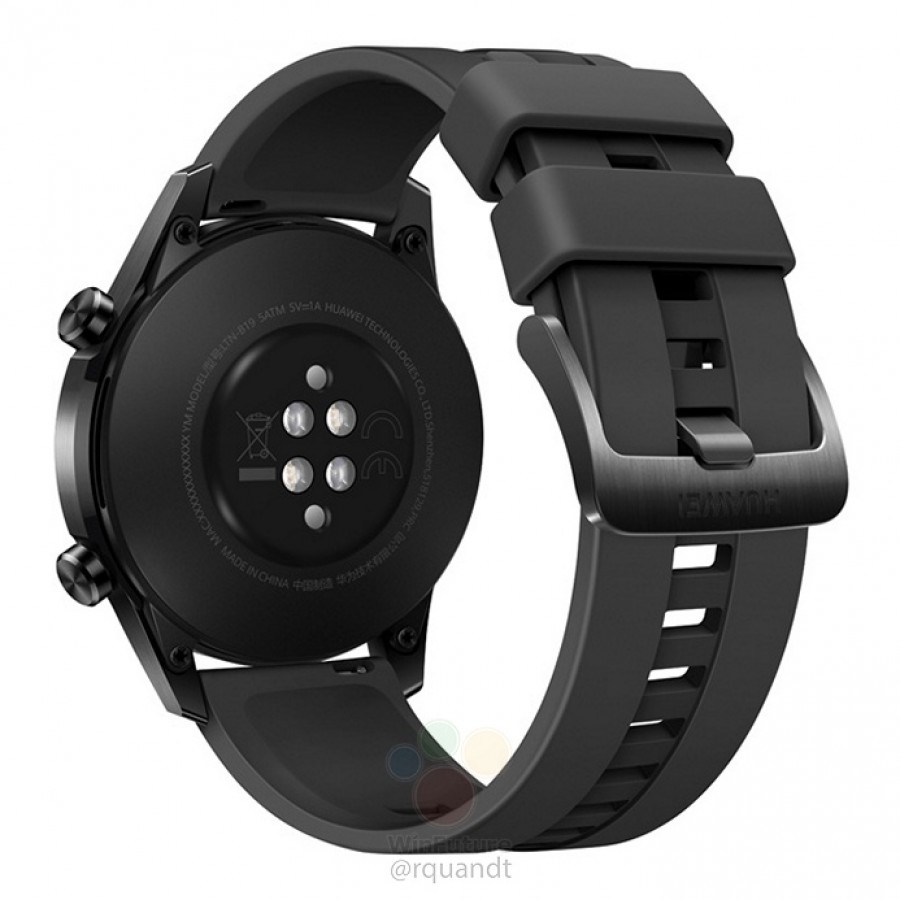 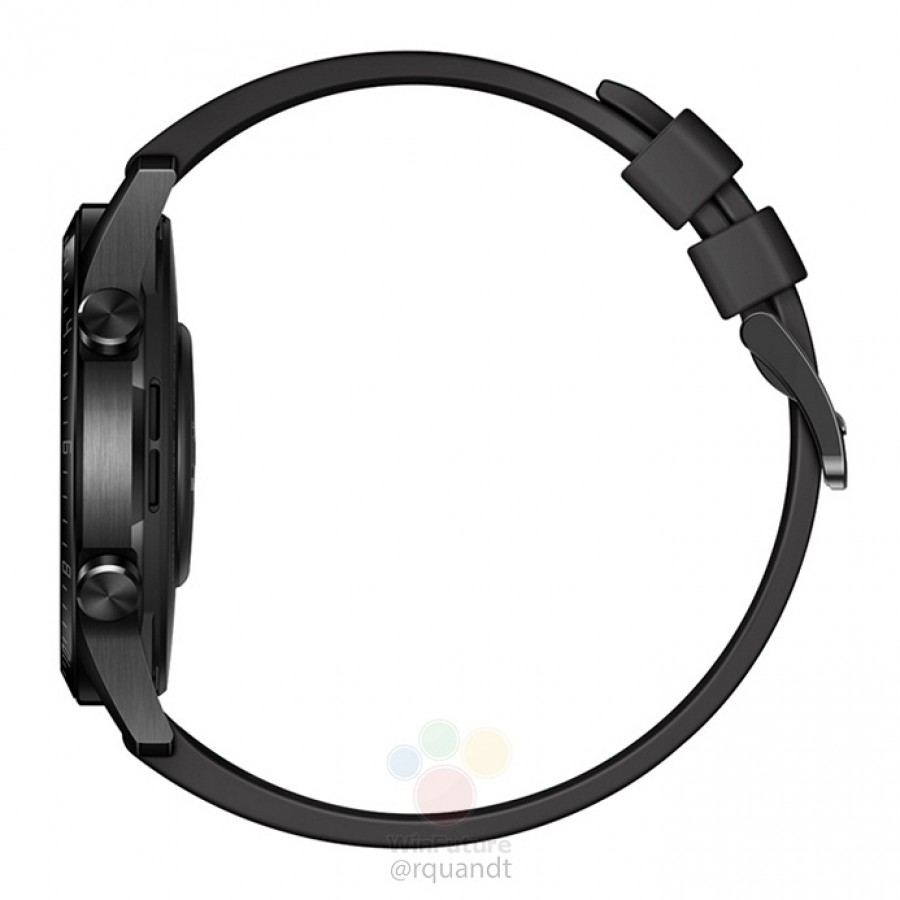 GPS is still built-in, as is the optical heart rate monitor, and as you can see from the pictures you will get a choice of two styles. The Huawei Watch GT 2 Sport is the all-black model with the sporty rubber band, while the Watch GT 2 Classic is the black/silver one with the brown leather strap. Powering both of these is Huawei's proprietary wearable platform, no trace of Wear OS by Google here. 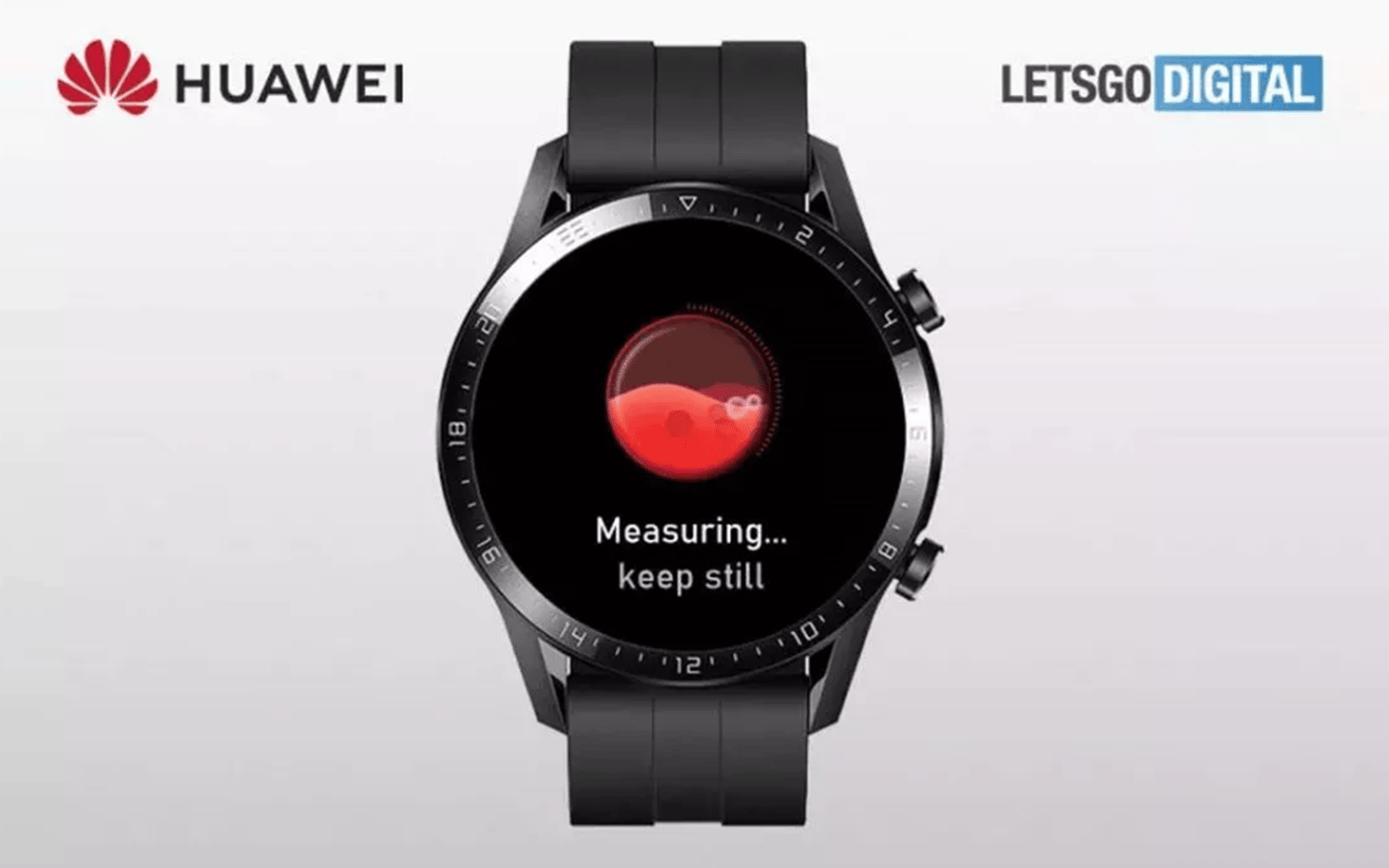 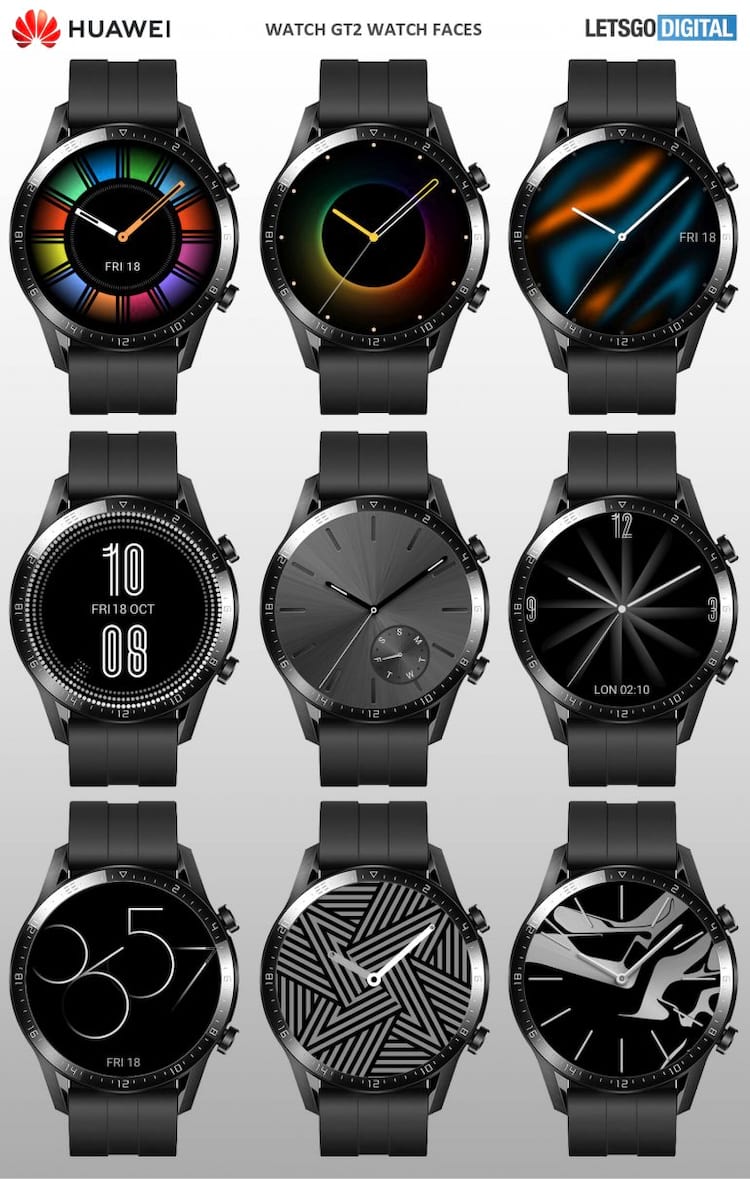