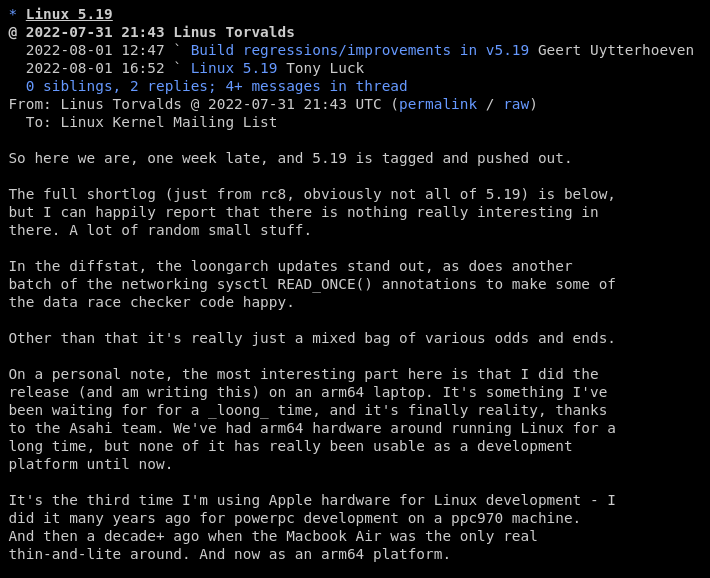 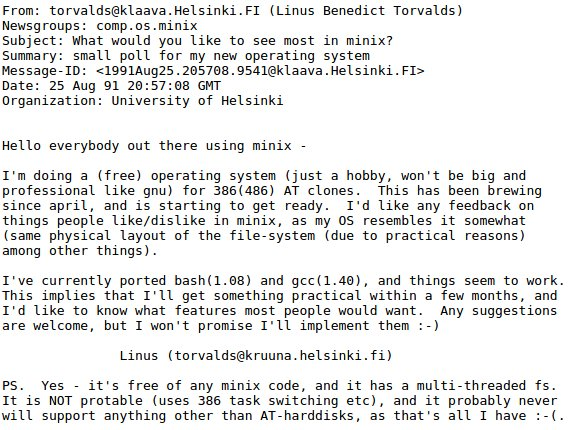 The Floorp project is a project that seeks privacy and a balance between anonymity and the public nature of the web.
The Floorp browser is based on

Mozilla Firefox, but delivers an entirely different experience from Firefox, with a 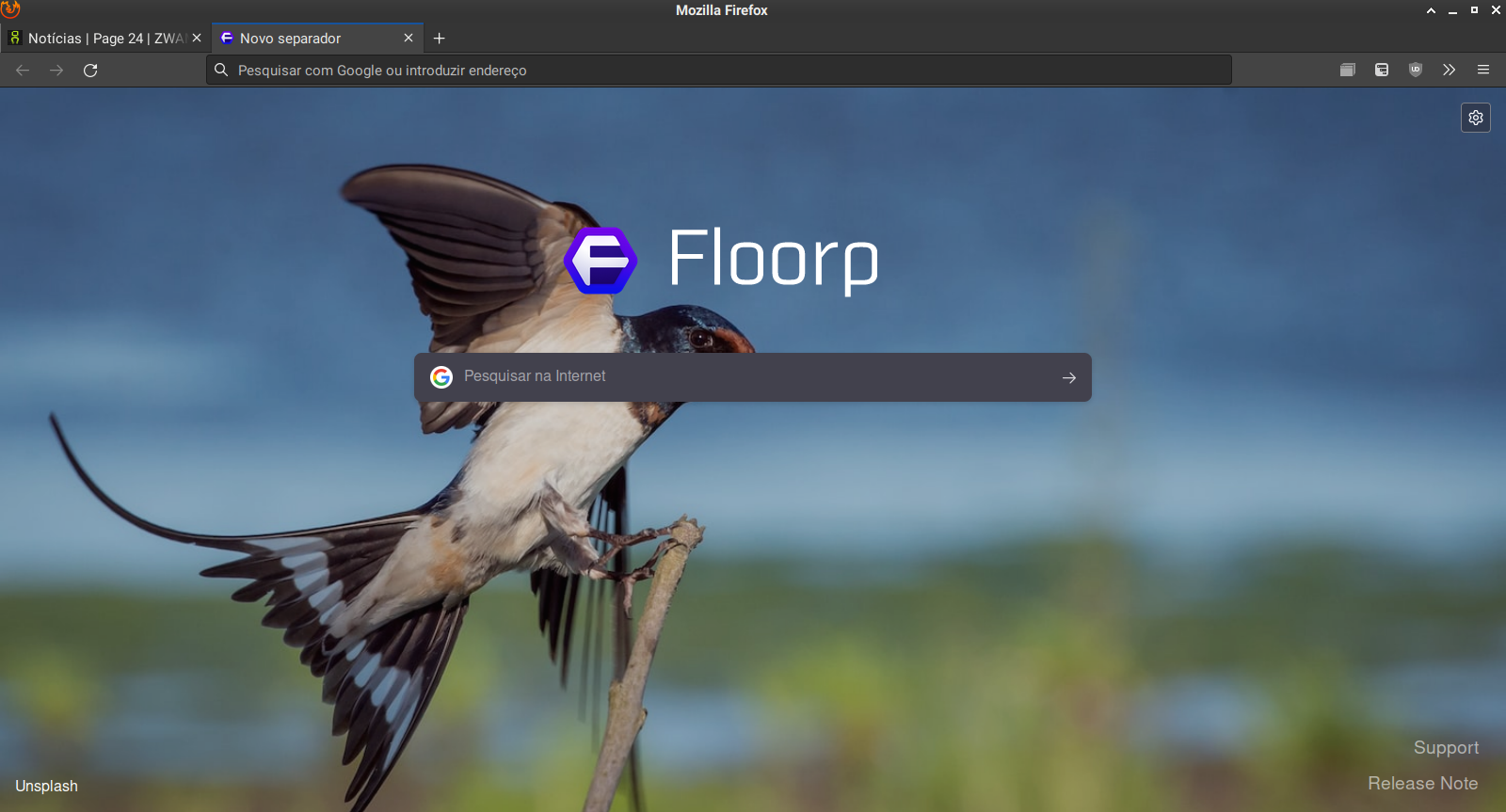 It was a relatively calm this week leading to Linux 6.0 being released on time rather than warranting an extra release candidate / week delay.

Among the last minute items to be merged this week were AMD RDNA3 fixes and fixing a chipset workaround affecting AMD systems not needing a workaround for roughly two decade old systems that could hurt the performance of modern systems in select workloads.

So, as is hopefully clear to everybody, the major version number change is more about me running out of fingers and toes than it is about any big fundamental changes.

But of course there's a lot of various changes in 6.0 - we've got over 15k non-merge commits in there in total, after all, and as such 6.0 is one of the bigger releases at least in numbers of commits in a while.
Clicar para expandir...

Linux 6.0 has many shiny new features from new hardware support to new software innovations. AMD and Intel hardware in particular has seen many additions. See our complete Linux 6.0 feature list for more information on all the changes.
Clicar para expandir...

Linux 6.1 Should Be Very Exciting With Rust, AMD PMF, MGLRU & Other Changes Expected

Linux 6.0 is bringing many great features but looking ahead for Linux 6.1 there are even more changes to get excited about for that kernel which will release as stable around the end of 2022.

Linux 6.0 stable will hopefully be released this afternoon unless Linus Torvalds decides to drag out the release by an extra week. Following the release, the Linux 6.1 merge window will open.

Based on my tracking of mailing lists and the many "-next" Git repositories, below is a look at many of the likely features expected for Linux 6.1. There still are chances for some of the items that Torvalds may have reservations or other last minute issues creeping up, but below is a look at currently queued material in "-next" branches intended to be submitted for Linux 6.1. Among the many changes to look forward to with Linux 6.1 include items such as:

- The initial Rust programming language infrastructure with that initial pull request already having been sent out this weekend.

- MGLRU is expected to be merged as a big win for performance especially on systems under memory pressure.

- The ability to disable Spectre-BHB at run-time on Arm systems due to the "great impact" this security mitigation has had particularly on Arm servers.

- Linux will make it easier to spot potentially faulty CPUs by printing the CPU socket/core at the time of segmentation faults happening to see if seg faults are commonly happening on the same CPUs/cores.

- Call depth tracking for less costly Retbleed mitigations is expected to be merged.

- The PinePhone Keyboard driver is being added for the PINE64 keyboard case.

- Atomic replace for F2FS may be submitted.